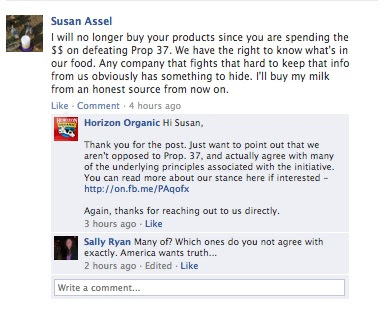 18 other states, including California have attempted to pass laws similar to Proposition 37, The Right to Know Genetically Modified Food Act and failed. With 1 million signatures, Prop 37 is the first such measure to reach the statewide ballot. If passed, genetically modified food products would include the words “Partially produced with genetic engineering” […]