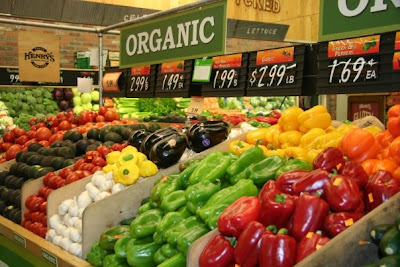 18 other states, including California have attempted to pass laws similar to Proposition 37, The Right to Know Genetically Modified Food Act and failed. With 1 million signatures, Prop 37 is the first such measure to reach the statewide ballot. If passed, genetically modified food products would include the words “Partially produced with genetic engineering” on the label.
With voting day (Nov 6) drawing closer, giant food companies are dumping millions of dollars into an effort to stop Prop 37 before it even begins. Companies such as Monsanto and Coca-Cola, among others have donated approximately $23.5 million dollars to fund stopping Proposition 37, according to the Cornucopia Institute. Monsanto currently holds the title for largest contribution with $4.2 million dollars, followed by PepsiCo (Izze, Naked) with $1.7 million. Next is Coca-Cola (Honest Tea, Odwalla) with $1.1 million. Kellog (Kashi, Morningstar Farms, Gardneburger, Bear Naked) has contributed $632,500 to date with Dean Foods (Horizon Organic, Silk) contributing $253,000.
(Full list of companies, subsidiaries and donations to stop Prop 37 below)
Prop 37’s opponents are attempting to stop Prop 37, citing their desire for a federal-level measure on GMO’s as a more practical solution, as well as claiming that the passing of the act will burden farmers and the industry overall with exponentially higher costs and make farmers susceptible to numerous lawsuits, alleging that many growers will improperly label their food.
Coca-Cola and Monsanto are presumably large enough to survive any perceived backlash from consumers for funding the opposition of something that two-thirds of Californians favor. However, smaller organic companies such as Odwalla and Honest Tea (both owned by Coca-Cola) are finding themselves caught in the middle of the fight and left with a lot of the stress.
Most of the tension is from consumers, who are discovering that their favorite organic companies are owned by those opposing Prop 37. Cornucopia Institute founder, Mark Kastel told the New York Times, “They feel like they’ve been had.” Kastel went on to say,

“Consumers aren’t always aware that their favorite organic brands are in fact owned by big multinationals, and now they’re finding out that the premium they’ve paid to buy these organic products is being spent to fight against something they believe in passionately.” In an age where voicing opinions online is easier than ever, many consumers have taken to the social media sites like Facebook to post messages of dissatisfaction such as, “I will no longer buy your products since you are spending the $$ on defeating Prop 37…”.
There are however plenty of organic companies coming together with coalitions such as Yes on 37 to get the word out about voting yes on Nov 6. Organic brands on the “pro” side of the GMO labeling measure include Organic Valley, Clif Bar and Amy’s Kitchen. (See a full list of Yes on 37’s supporters here)
Contributors of $23.5 million to stop Prop 37 (according to Cornucopia Institute)
Monsanto: $4,208,000
PepsiCo: $1,716,300
-Izze
-Naked
Coca-Cola: $1,164,000
-Honest Tea
-Odwalla
-Simply Orange
Conagra: $1,076,300
-French Meadow
-Alexia
-Lightlife
Kellog: $632,500
-Kashi
-Morningstar Farms
-Gardenburger
-Bear Naked
General Mills: $520,000
-Cascadian Farm
-Muir Glen
-Larabar
Smucker’s: $387,000
-R.W. Knudsen
-Santa Cruz Organic
Dean Foods: $253,000
-Horizon Organic
-Silk
Biotechnology Information: $375,000 each
-Monsanto
-DuPont
-Syngenta
-Dow AgroSciences
-Bayer
-CropScience
-BASF Plant Science
-Grocery Manufacturers Association