What if Natural Products Came with a List of Ingredients? Processed foods are notorious for their jaw-droppingly long lists of chemical-laden ingredients, each one sounding worse than the last. But as these detailed infographics show, even the simplest of foods are anything but.

These images were put together by James Kennedy, an Australian chemistry teacher.

“I want to erode the fear that many people have of ‘chemicals’,’ and demonstrate that nature evolves compounds, mechanisms and structures far more complicated and unpredictable than anything we can produce in the lab,” he told io9.

“This poster series breaks down all the major ingredients in popular natural foods—using E-numbers and IUPAC names instead of common names where they exist. Anthocynanins, for example, which are said to give blueberries their “superfood” status, are also known as E163.”

“With these graphics, I wanted to show that Chemistry is everywhere.” 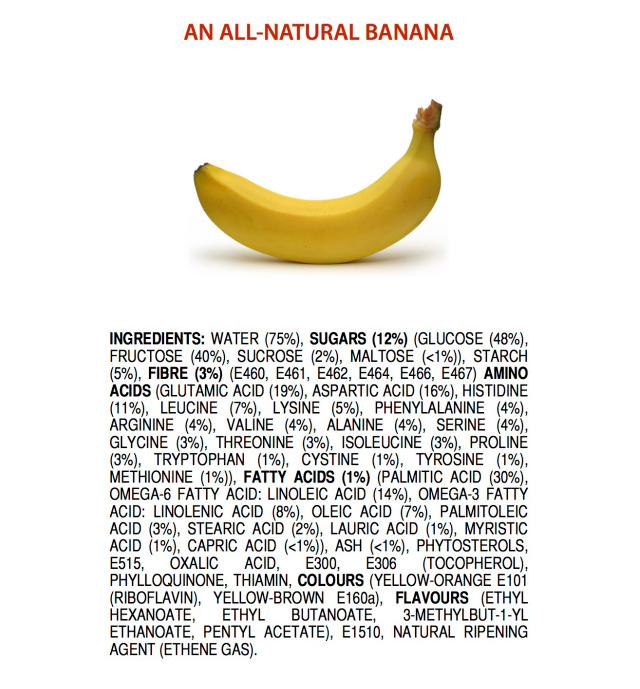